AD – PR: I was invited for a complimentary meal at The Red Lion, East Haddon. I was not obliged to write a review or feature.

Guess who’s had a relaunch! The Red Lion in East Haddon has!

I love visiting a countryside pub, especially one that’s nestled in one of our many hidden villages within Northampton (there are A LOT) so I was thrilled to be invited by The Red Lion in East Haddon to try their new menu and see what they’ve done to the place since they relaunched back in October of this year.

Previously, I visited a few times but haven’t probably been since 2019 – but you know when you visit somewhere and it doesn’t leave you with a memorable impression other than meh, it’s okay!

That was what it felt like before its transformation…

It was another universe away from what it’s become today. For a village pub, they were trying to set themselves up as a fine dining restaurant and it never felt fitting considering it was situated in the beautiful village of East Haddon and locals were craving somewhere laid back where they could just sit and have a drink if they wanted – especially for a village that has a huge walking community.

Now, the new owners have relaunched and they’ve got it spot on!

Inside The Red Lion, East Haddon

The decor really does feel warm and cosy, with some beautiful pieces of painted art scattered around the restaurant which I kept admiring. If you’re looking for a date night location in Northamptonshire, I’d recommend the table we sat on by the painting of the restaurant itself, or you can head into the quieter dining area away from the main area.

Either way, there’s plenty of seating for all occasions inside.

The bar area is one of the first sights you see when you walk inside and they’re clearly proud of being in East Haddon (the big mural gives it away) and there are some lovely decorative plants everywhere that makes the room feel warm.

Overall, the atmosphere is much more welcoming compared to what it used to be – you can come in and just have a drink whereas before, you felt like you were interrupting – this is what I call a proper pub!

I also have to say; the nicest waiting staff I’ve ever come across. Very welcoming and energetic, but not so much that it’s off-putting but just enough to make you smile – these are the kind of waiters that you’d want to tip (and we did leave a nice tip to show our appreciation!)

Now let’s move onto the food…

The food at The Red Lion, East Haddon

The menu itself is nice and varied, not too much choice, but not too little – there’s enough on there whether you’re coming for a 3-course meal, or just for a drink and some nibbles.

Everything on the menu screams traditional, good homemade pub food with all the classics such as fish and chips, steak, burgers, soup of the day and much more!

Although the individual starters looked tempting, Josh and I couldn’t help but eye up the Baked Somerset Camembert to share. It’s hard to go wrong with it, but I was intrigued to see their spin on a classic.

It didn’t disappoint. The Camembert itself was very generous for two people, infused and stuffed with cooked garlic and thyme, it was melted enough for it to be gooey with every dip of that gorgeous homemade artisan bread covered in flavoursome seeds.

The chutney itself was a rather unusual choice for a Camembert but the chef clearly knows his flavours and combinations because it was the highlight of the dish! So punchy, yet sweet!

The time between serving starters to mains was much quicker than anticipated, but it didn’t matter as we were both hungry!

Josh went for the Brisket Daube and Dumplings which was described as a classic slow-braised french stew with brisket beef, red wine, root vegetables and herbes de provence all served with mustard mash and a suet dumpling.

The presentation was incredibly inviting and what I’d call a proper winter warmer dish – the taste was so intense with that beefy rich flavour and the mash was perfectly fluffy.

I went for something that wouldn’t usually be my first choice, but I wanted to try something different – Honey & Soy Pork Belly with sesame and chilli, stir-fried rice with baby corn, bok choy and bell peppers topped with crispy vegetable wontons.

I like how they turned a traditional pork belly and put an Asian twist on it – the presentation was grand but the taste was spectacular. The rice was soaked in soy sauce, without being too overpowering and I enjoyed every single bite of the pork belly, from the tender meat, right down to the crispy pork scratching rind.

A few too many chillies for my liking, but it certainly packs a flavour that kicks at the back of the throat, but I thoroughly enjoyed this!

Drinks were always offered throughout, so you’re never left gasping for a drink and thankfully at the beginning of the meal, you’re offered water of your choice. These little things make up for a good experience.

Finally, we were tempted with a dessert menu which consisted of 6 staple dishes – all with unique twists to the usual. If I wasn’t so full, I would have gone for the Banana Sticky Toffee Pudding as that’s something I’ve never come across before – next visit!

Instead, I went for the Rum Chocolate Brownie which was infused with Caribbean rum and served with vanilla ice cream. Oh wow – it was divine! The richness of the chocolate and the tarte of the rum and cherry topping was all coated delicately with the sweet ice cream and the flavours all swirled in perfect harmony – a good choice on my end!

Josh went for the Peanut Butter Cookie Dough which sounded and looked very sickly and in the most polite way ever, Josh was defeated by it afterwards! I think this is the ultimate dessert for someone with a big sweet tooth, as I tried one bite and knew I wouldn’t last after eating it all – the crumbly cookie, topped with nutty peanut butter coated in caramel ice cream was lush!

Overall, as opposed to my previous visits a few years ago, I’ve come away with a much more memorable experience and it’s a place that will firmly be added to our “date night location” list in Northamptonshire for when we want to escape the busy Towcester and head for the peace of East Haddon.

Have you visited The Red Lion, East Haddon since its relaunch? If not, go go go!

PIN THIS FOR LATER: 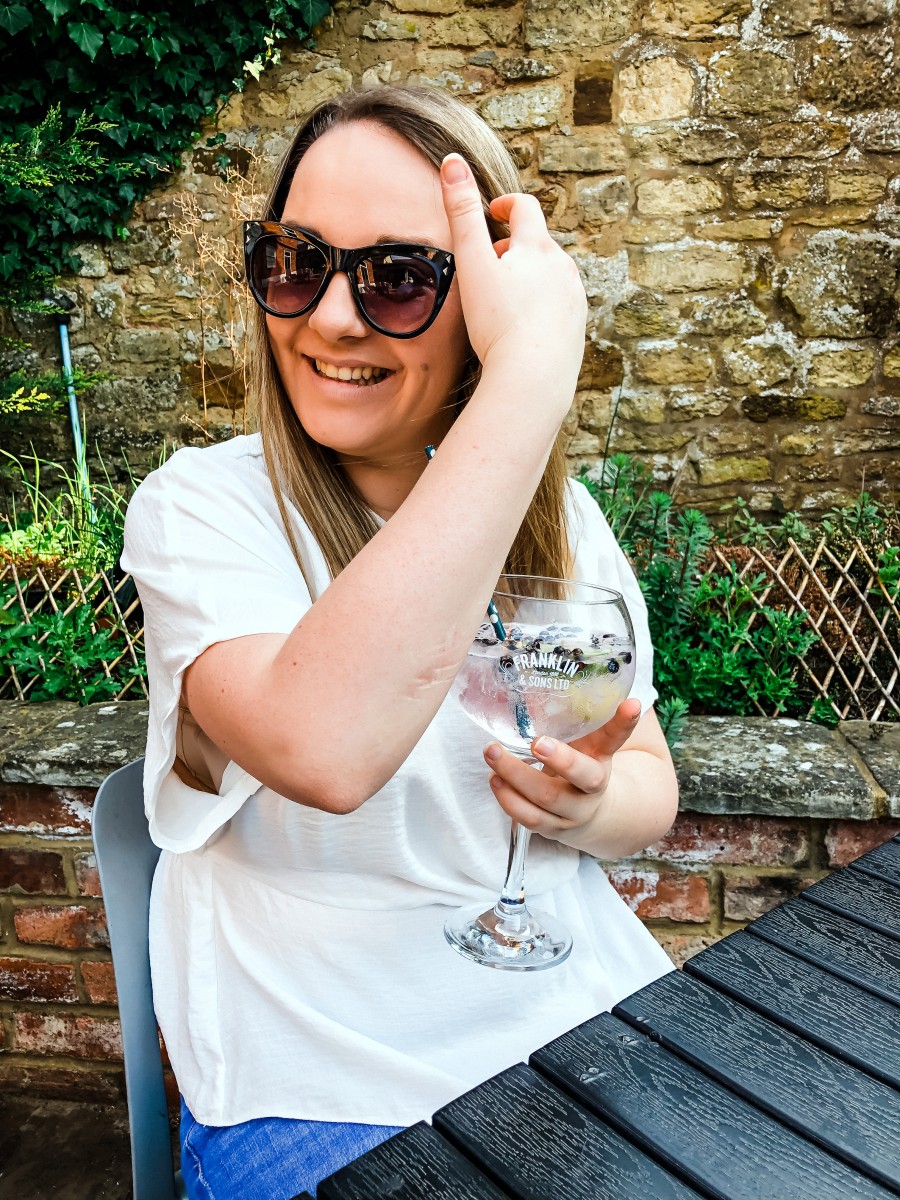 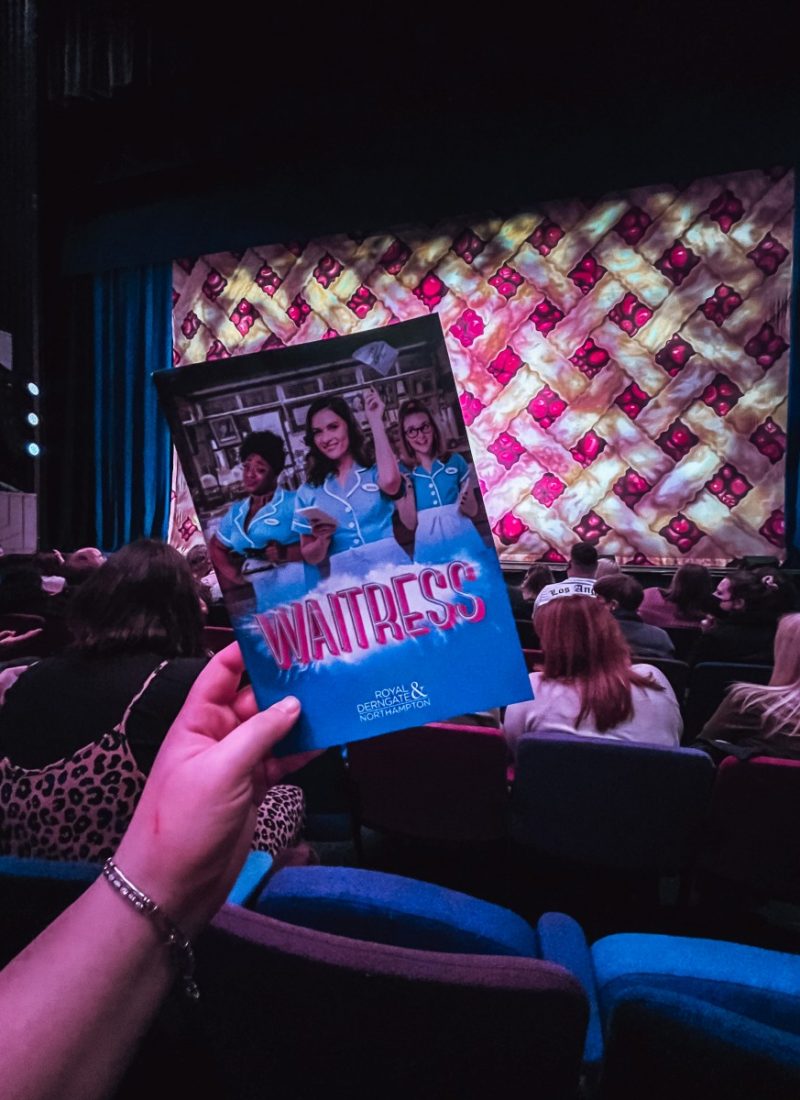 Waitress the Musical at Royal & Derngate 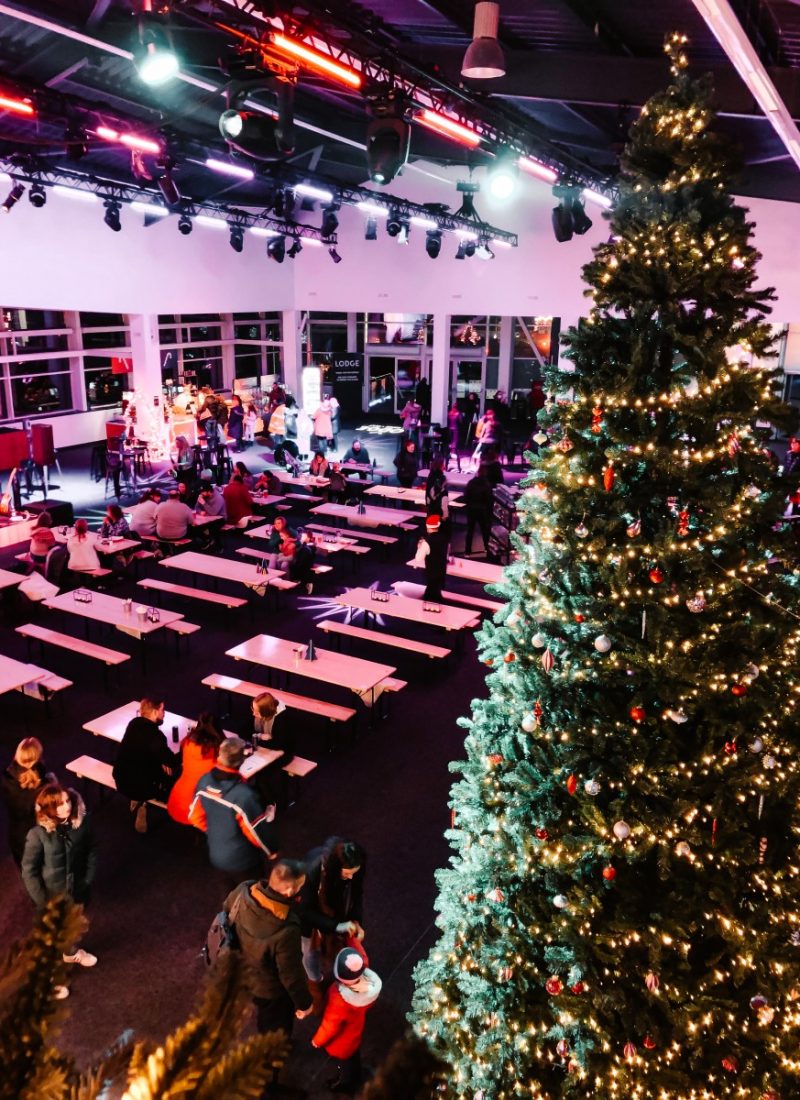 Drive Around The Lap of Lights at Silverstone Circuit this Christmas 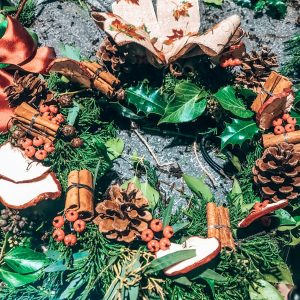 Navigate with me! Sign up for monthly updates on Northamptonshire and more!